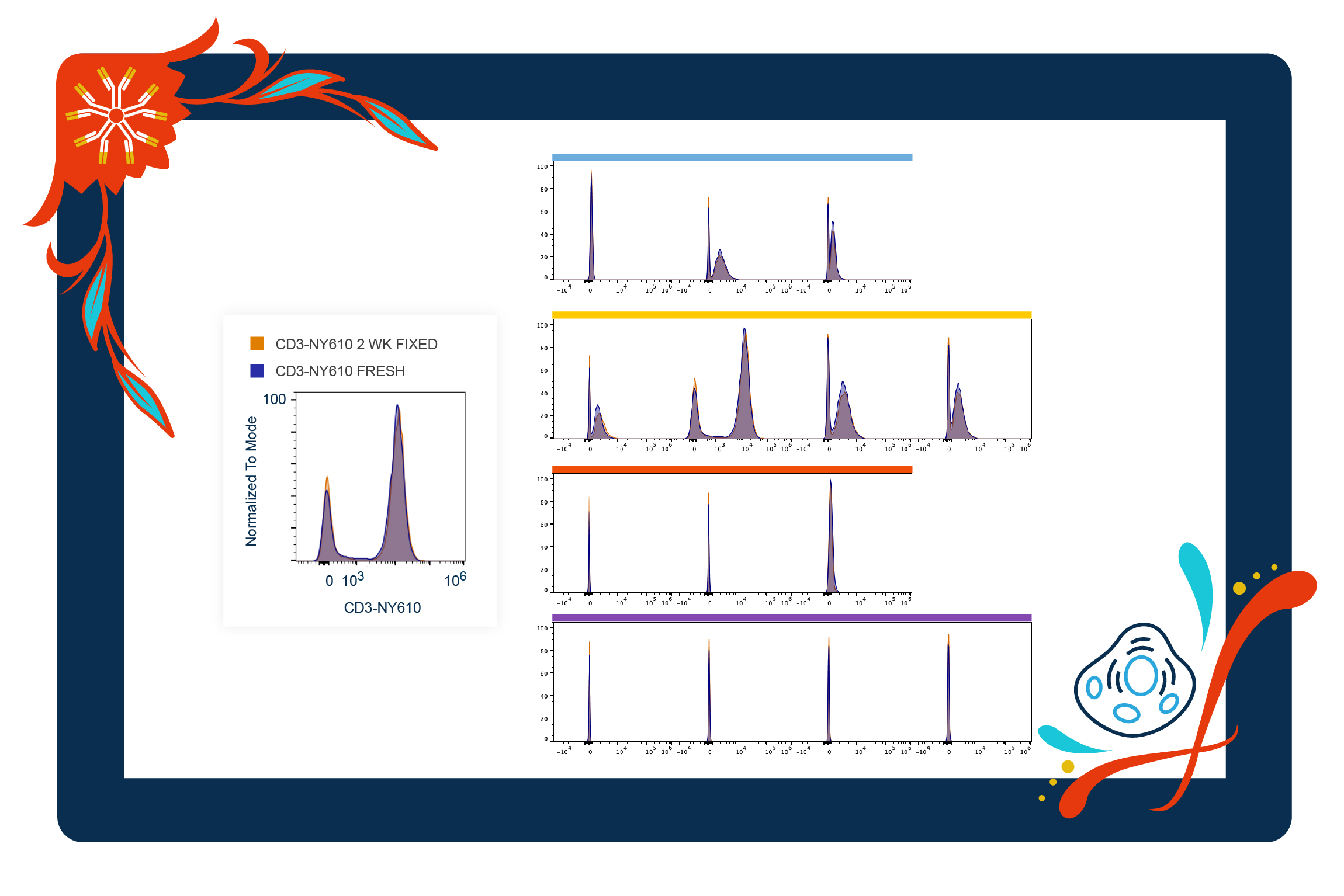 Can your tandem dye do this?

Well, no, it cannot.  As anyone who has attempted to ride a tandem bike can attest, it seems like a good idea but puts a serious strain on the relationship.  While that might be an overshare, dyes are no different — when attached to one another in a tandem dye, they break down over time in solution and break down in hours in fixative solution (Maecker, H.T. et. al. Cytometry A. 2004.; Tario & Wallace. “Reagents and Cell Staining for Immunophenotyping by Flow Cytometry” 2014.)

Sorry but I have some more bad news about tandem dyes. They are a pain to compensate, specifically:

The perfect fluorescent label would be fixative stable and be stable across the entire spectrum*.

*It should also be easy to compensate.  Okay, you’re on.

In the end, NovaFluors and Tandem dyes are not on the same wavelength.  As John Keats who claimed that “There is nothing stable in the world; uproar’s your only music.”  Let’s leave the chaos to the beat of the butterfly’s wings, and replace your tandem-conjugated antibodies today with stable, consistent NovaFluor-conjugated antibodies.

We also now offer 25 test versions of all our antibodies!  Now that’s a combination worth considering.

1 thought on “Fixative stability – can your dyes do this?”

To learn more about how Phitonex can bring high resolution biology to your lab, please fill out the form below.